Some things should happen only in the dark, when the world still sleeps and dreams innocent dreams. It has always been this way and always will be—and you would have it no other way, because you are one of the few who thrive during the time when the sun has not yet risen, when the lamplighters are not even awake.

A smile creeps across your lips as you light the hearth and feed it a few logs. The embers burn bright and warm the kitchen. Malcolm will join you soon with the faeries. You are eager to mix the day’s teas and fill each pouch with the perfect assortment of herbs, flowers, and faery morsels. Like anything made with love, it takes devotion. It takes sacrifice.

Your little corner café started as a small teahouse, so adding a bakery had been a natural transition. Both required an appreciation of recipe, creativity, and patience, so when the sundry store next door closed down, you bought it as quick as you could. The bakery side of the business struggled at first. Your artisan teas were—and still are—famed throughout the land, but your cakes, biscuits, and breads were dismissed. There was nothing special to draw the customers in; that is, until you discovered the teeth.

On a morning much like this one, you were plucking the fragile, airy wings off one of the faeries when the little creature slipped from your grasp and fell to the kitchen floor. Your cat, Hera, leapt at the chance of a free delicacy and snatched the faery in her mouth before you could scoop it off the ground.

She froze long enough for you to pull the faery away, but the head remained trapped in her jaws. You shrugged as she bounded off with her prize. The wings, bones, and organs were essential to the tea blend, not really the head. Those were usually tossed because the brain tasted medicinal, and the hair was the flavor of paint chips. No doubt Hera would soon discover the bitterness and use it as a toy instead.

When you stepped back to the table and to your wing plucking, the faintest crunch came from under your shoe. You pushed your magnifying lenses up and peered down. Crumbled bits of white powder sparkled on the floor. There were a few bigger pieces beside the powder, so you used your tweezers to pick them up, one by one, and place them on a porcelain saucer.

You flipped your lenses down and up and down until the magnification revealed three baby pearls. How odd, you thought. But when you turned them this way and that with your tweezers, you noticed they were not spheres. They were teeth. They must’ve been knocked out from the faery’s head when it fell.

Faeries are mostly sweet, but in different ways: their wings taste of vanilla, their little hearts like dark chocolate, and bones as rich as butterscotch. The blood is golden and as sticky and syrupy as honey, but you’d never bothered to try the teeth before. It was so much easier to discard the whole head than try to harvest something as tiny as teeth.

You eyed the little teeth pearls, then one by one placed all three on your tongue. At first, there was no taste at all. You frowned and returned to the faeries that still needed harvesting, adjusting your lenses yet again and chewing absently.

That’s when you tasted it: marshmallows!

Immediately, you knew the teeth could solve what was missing from your white chocolate truffle cake, and you abandoned your wing-plucking to search for the tossed heads in the trash. You found eleven heads and carefully pulled every incisor, molar, and canine from each tiny faery mouth.

The addition of faery teeth sprinkled in the icing made your white chocolate truffle cake legendary, and your café was saved. Nothing pleased you more than watching your customers lick up their plates and fight over the last piece.

But teas are your true passion.

You pull out the glass jars that contain the dried faery elements and admire each one. The jar of teeth rattles when you move it closer. Even one gram is priceless to you. You measure out a cup of jagged faery bones, which look much like crystal, and pour it into a small, tin canister that already contains white tea leaves. You add six faery wings and a handful of crushed lavender petals. To make your famous faery teas, the sweetness must be tempered with just the right amount of savory, earthy tones like clove and chai. For this mixture, you add ten flakes from a cinnamon stick.

None of your customers have complained about the ingredients. It’s not as if you breed faeries and fatten them up simply to be consumed. In fact, there is a disclaimer in your window that states your teas and baked goods are made with locally-harvested, all-natural, wild-caught ingredients. No chemicals, no pesticides, just the pureness of Mother Earth.

You close the lid, seal it, and open a cabinet. Inside you find the shelf of tin boxes labeled Sweet Cinnamon Wings and place it beside them. Other shelves contain other boxes labeled in beautiful calligraphy: Chamomile Butterscotch Bones, Rose and Cocoa Hearts, and Hibiscus Honey Blood.

As you move on to measuring the next batch, your assistant, Malcolm, opens the door. The kitchen is still dark, only lit by the fire and a few candles here and there, but you can see the rucksack he carries is full.

You muse over his dirtied clothes and say, “I see you had an eventful evening.” No doubt he had to chase down a few that resisted.

“Caught over twenty,” he says.

“And they love that orchid you planted. Came to it in droves.”

It is true that the more exotic the flower, the more curious the faeries become. Trapping them in nets and suffocating them in glass jars is rather simple. It’s a matter of waiting and keeping silent until their curiosity gets the better of them. But they eventually catch on to the danger of that certain flower after a few months. You have to keep searching for stranger, rarer blooms to attract them anew. Perhaps you will plant a Bird of Paradise next?

You open the bag Malcolm brought and pick up each faery to inspect its species, named after flowers: a honeysuckle, a bluebell, a columbine—and all in pristine condition. Their limp bodies are cold but not yet stiff. The trick was a nonviolent death, like suffocation, and then draining every drop of their golden honey blood within three hours. Much longer than that and everything begins to sour.

“Quickly now, snap off the heads and hang the bodies upside down on the rack to drain.”

Malcolm nods and smiles. “This is my favorite part.”

As you gently place each on the table, Malcolm deftly snaps the heads off, much like breaking a twig in half. The bodies and heads are put on their own draining trays so the honey blood drips into bottles below. It only takes a drop or two to sweeten an entire pot of tea.

When you pick up the very last faery at the bottom of the bag, you feel its warmth, its wiggle in your grasp, and you look down at your palm. A faery is balled up, crying, and each sob sounds like a tiny bell jingling its highest pitch.

“What’s that sound?” Malcolm asks you.

“One of them is still alive.”

“Want me to break its neck?”

You cock your head and listen to the song of weeping. “An experiment.”

“Seems like more trouble trying to feed it and keep it quiet, but you’re the boss, Verity.”

“There, there, little Buttercup,” you say to the sobbing faery. “I won’t let him snap your neck. You are a precious one, aren’t you?”

The faery shivers and looks up at you. Its eyes twinkle like distant stars. So human, so fragile. It cowers away and tucks its little legs as tight as it can. The jingling is louder this time, and your excitement grows.

“What do you hope to learn anyway?” asks Malcolm, busy popping heads and setting the bodies up to drain.

“A tea is all about ingredients, isn’t it?” you say, pacing across the kitchen and admiring your glass jars with faery bits, your perfectly stacked and labeled tins, the cast iron tea pots, as the weeping faery wiggles in your hand. “Even my cakes depend upon the finest faery morsels to mix in. The very finest! But could they be even finer?”

You eye the faery and switch around your magnifying lenses to observe it better. Its translucent wings are torn, its arms and legs scratched. The cheeks glisten with tears. Your palm is slightly wet from the crying, so you bring the creature closer to your face. You sniff and smell maple. Buttercup scurries to the edge of your fingers, dragging its injured wings behind it, and raises two dainty arms in defense.

The gesture is adorable.

You lick your palm, careful to not lick the faery and contaminate your sample, and taste the tears. It is the richest maple you’ve ever known.

“Faery tears,” you say with a growing smile. “That will be my newest tea ingredient! A seasonal blend! Weeping Winter Maple.”

“But how will you keep it crying?” Malcolm asks, snapping the last head. He licks the gooey faery blood from his fingers then wipes his hands with a rag.

“Fear,” you say and drop the faery in an empty jar. Malcolm hands you the rag, stained with honey blood, and you tie it to the top of the jar with twine. You pierce three tiny holes with a knife and then tap on the glass. Buttercup presses itself against the opposite side, still singing maple sobs in a delicate melody.

Hidalgo Hazelwonder is a halfling who hails from the ancient hills of Xalisco, when it was once part of the Aztec Empire. But that was a long time ago, perhaps even another life. She currently lives in Texas with her middle-aged cat. Aside from reading and writing, she wants to become better at painting portraiture and interpreting tarot. You can find Hidalgo book hunting at the Friends of the Library on Saturdays, walking in wooden parks at sunrise, or attending musical theatre in the evenings. Her favorites are Les Miserables, Man of La Mancha, and Sweeney Todd. 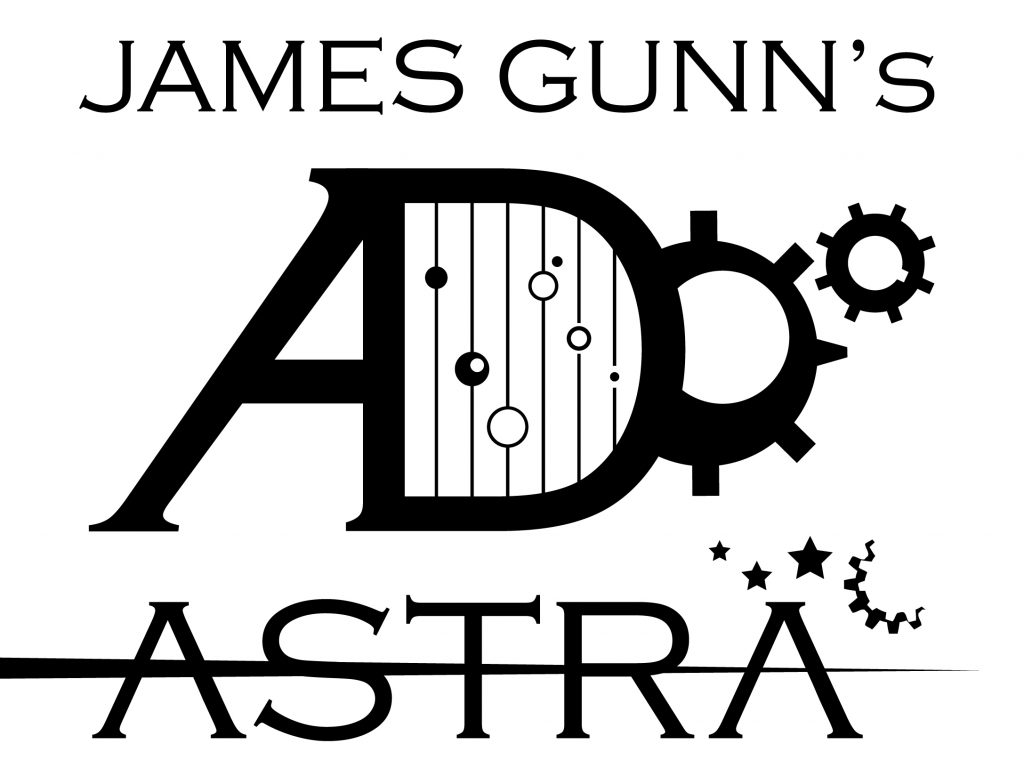