Letter From the Editor – Gunnisms

Letter From the Editor – Gunnisms 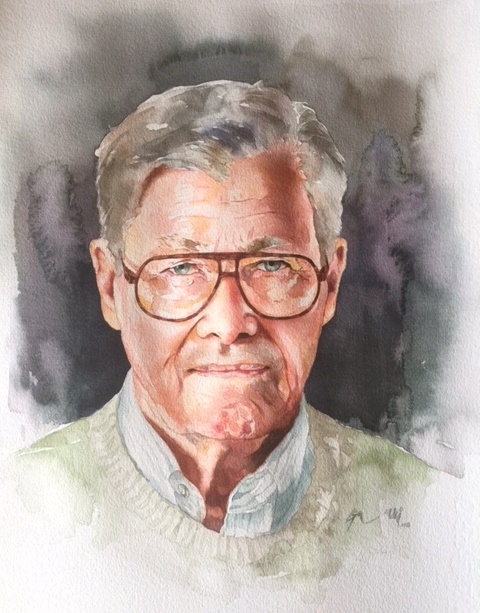 Our namesake James Gunn, author, scholar, teacher, mentor, friend, and gentleman, passed away two days before Christmas 2020. At 97, he was the dean—easily by a dozen years— of living science fiction writers.

To celebrate his accomplishments, I want to share some of his wisdom with you. The pithy statements below were collected from the first year I met Jim onward, because they embodied essential principles so well, like a concentrate to savor in water at a later time, or a matryoshka that reveals more treasure as you take it apart.

Each statement is a “Gunnism.” Whether or not I coined the term in 2003, the next year it headed a list of such on the writing workshop’s souvenir T-shirt. Here, I grouped them in a way that makes sense to me. Your results may vary.

Most could be preceded by the words he prefaced his critique of workshop stories with. After which he’d proceed to point out something everyone else had missed that became obvious the moment he mentioned it.

Jim’s “Transcendental” trilogy represents the only occasion he wrote sequels to a novel. Of course, I couldn’t resist cheekily reminding him of his prior “evidence” statement.

Here’s another take of his on the two genres: “Science fiction and fantasy are both literatures of discontinuity: you can tell the world depicted therein is not the one we live in. The difference is that with science fiction, you can trace a path from here to there.”

I regret to admit I have no idea what the “never believe that” refers to (I was still jotting down notes furiously by hand in 2007 and missed what Jim had started with.)

Jim considered the novella—a story with a word count between 17,500 and 40,000—to be the perfect vehicle for science fiction, as it gives the author the room to fully explore a new idea.

With several related novellas comfortably adding up to novel length, this amounts to selling the same story twice, something Jim put to good use for his award-nominated novel “The Listeners”. (You would be forgiven for considering the Gunnism “Better to maximize income than minimize rejection” a corollary to Gunn’s Law.)

Gunn’s motto: Let’s save the world through science fiction

Jim signed his emails with this prescription, which can be taken literally about writing and reading stories, but also for the quality of science fiction’s attitude, that movement from ignorance to knowledge.

He will be missed, but his words will endure.

Editorials
Letter from the editor – Gunnisms